We published a bi-weekly update at the end of December in the forum. If you missed it, please check it here first and then read the following content.

I. Customer feedback of the first 2 units of IVI 3D printer

2 printers are working properly on 2 beta adopter’s hands. Thank you Alex and TJ Weber for putting time and effort into the testing when both of you have busy work to deal with. Here are feedbacks from them. The first video is provided by Alex, and the second video is made of the pictures & videos provided by TJ. The feedback fueled us greatly. We feel the complicated design of the IVI 3D printer paid off finally. We hope these videos help you get a better understanding of the IVI 3D printer from a user perspective. 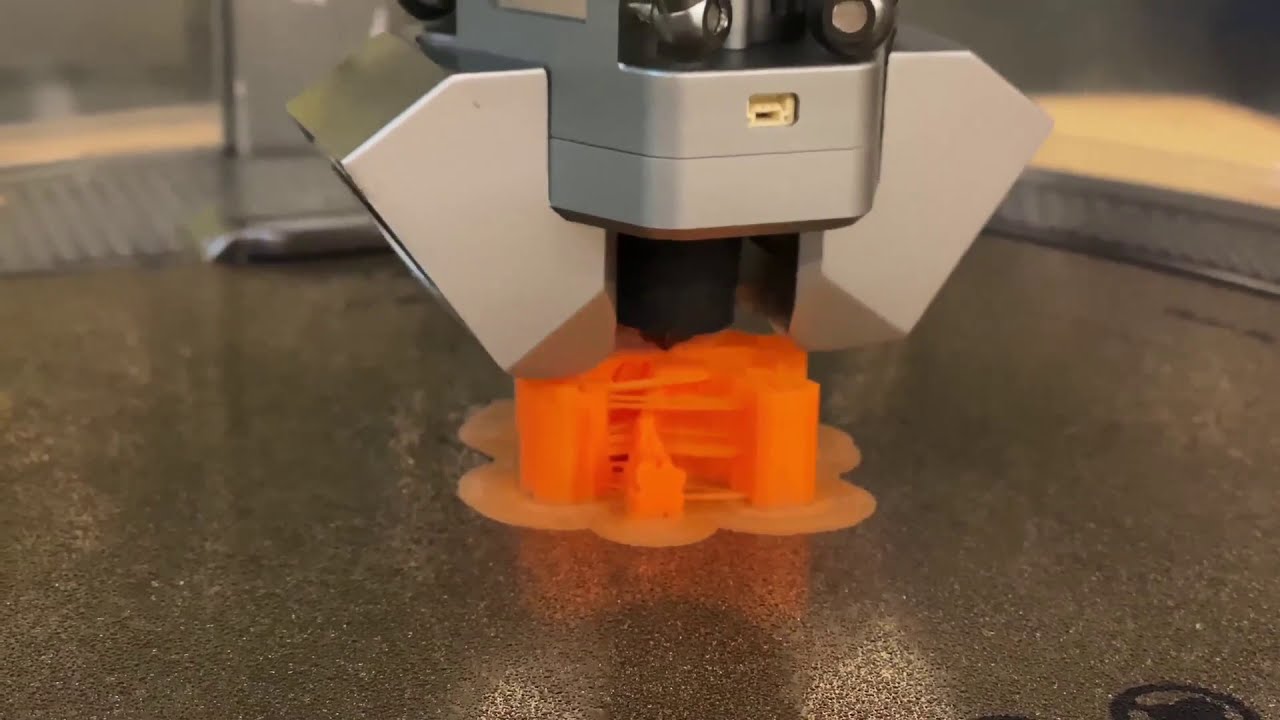 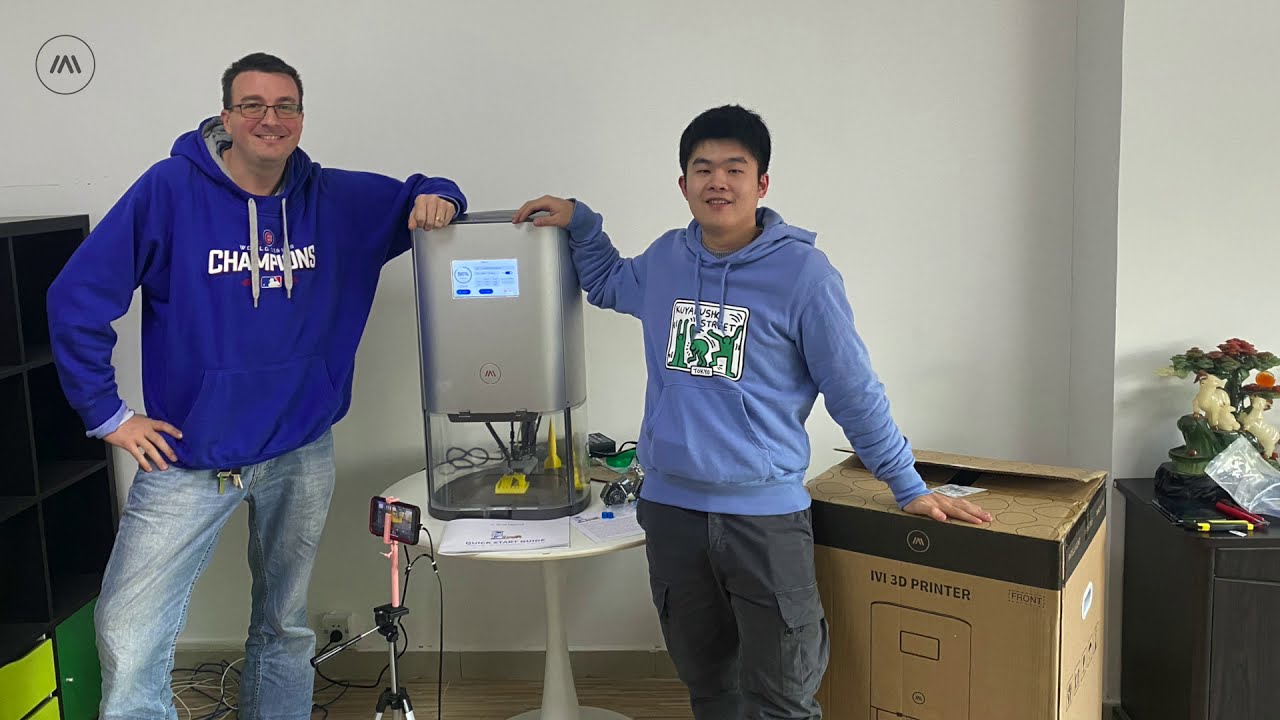 We’ve sent an email regarding Beta Test Program to the first 21 beta adopters in early January. Several backers haven’t answered the email, we are trying to reach out. And this won’t affect shipping, because we need to ship the printers to America firstly and then start local delivery. We expect to ship the trial produced printers out by this week.

The printers for other beta adopters will be produced in the following mass production.

After negotiation with 14 potential investors, we received 2 pieces of Expression of Interest from 2 fund companies.

Besides, there is a tech company highly interested in us, and this company can offer both capital and resources to help us along the way. They already finished the evaluation of this project and they are experiencing the IVI 3D printer currently. We expect to confirm the cooperation next month.

Overall, based on the customer feedback we collected so far, backers are basically satisfied with the IVI 3D printer. Next, we will keep working hard to promote production and delivery.

We all know it has been a long waiting, and we still want to say thank you for backing us. We can hardly make it without your support. Your support from the beginning made this thing possible. Your support during the journey helped us overcome the difficulties and setbacks. There are always warmhearted backers put forward to genuine suggestions from any aspect that might help this project survive or answer questions in the community when we are not so responsive. There are backers who offer professional help on our design. They are backers who worked hard to test the IVI 3D printer. We told them it is important to test the main functions of the printer in a short time because there are many backers waiting for their IVI 3D printers.

It is all of us make IVI possible, and make it better.

Nice seeing the printers in action, can’t wait to make a review myself!

Hi Tiffany, I see in your update that you sent an E-mail regarding the Beta Test Program to the first 21 beta adopters, but I I don’t see that I have received an Email. Would you be able to resend it to me?

As a Very Early Beta Adopter # 3120, when can I expect my IVI in Spain? Thank you

Thanks for the updates! Can’t wait to until I can start using mine.

Hi @cartrixx ,thank you for your support and encouragement. There is still a lot of work ahead of us to finish the production and delivery of over 2500 units. Anyway, we will keep working hard and updating regularly.

Hi @david.vonraesfeld & @Blake, I sent you messages to check the email issue. Please check it.

Hi @Fermin, the beta adopter is the first group to be fulfilled, and you are the last one in the beta adopter group based on your order number. We can offer your the estimated timeline when we start the next production. Please wait for a while. Thank you.

Got it! Thank you for the resend

I have one question, I’m a beginner on 3d printing, I bought this one because it sounded like an awesome product.

When you are saying you are going to be shipping the trial product soon to the super early adopters does that mean I’m going to get a trial version as someone that payed for it at the last minute (when you had your Kickstarter prices)?

English isn’t my first language so I hope you understand what I mean by that i want a finished product not a trial product that maybe have a lot of bugs and printing error or something like that.

Great to see the first reviews of the IVI-printer. Can you please show how the build-in camera from “Stretch Goal No. 2” works?

Hi @Patrick, sorry that no build-in camera is included in the printer currently. We figure the camera is not an essential part to achieve the main functions of IVI, we postponed the development of the monitor camera to speed up the project.

You are not a beta adopter, thus you won’t receive the trial product. You will receive the finished product. Let me know if this answered your question. Thank you

Will it be a free upgrade in the future? It’s was for me one of the triggers to back this kickstart startup. The option to check the machine from another place is a ‘musthave’ for me and it was presented to the backers as a goal-gift. 10 months ago i ask you the same question and your answer was that it would be implemented in April/May’20.

This looks so amazing and I’m getting excited, though I am down to 2000+ user. Is it possible to open up backerkit shortly if I want to purchase some more printer heads. I’m kicking myself for not getting the laser and the CNC head now.

Hi @mcenal, thank you, your request is received. Packaging may affect the general cost of add-ons. We designed a standard packaging on the 3-in-1 IVI 3D printer, which means the add-ons in this package are limited. If we use a separate package for additional add-ons, the cost will change.
Thus we need to think about it thoroughly. I will get back to you on this after we figure out the solution to add-on shipping, perhaps 1-2 months later.

Hi @Patrick , I am sorry about my hasty previous answer. As you can see, we met delays on this project. And I am sorry that I cannot give you a certain and responsible answer right now. We believe that our customer is the first. And you are one of them. If possible, we hope we can add the monitoring camera and reward it as the stretch goal gift.

Currently, our focus is on the delivery of all the pledges. This is a major task ahead of us, and the monitoring camera goes after.

We can give you a more certain answer after we tried to put effort into the development of the monitoring camera and figured out the difficulty & the cost. We will do our best.

New upgrade on Kickstarter: @Tiffany what means “Currently, the cost of each printer is excessive”? There will be the massive production?? Thanks

Hi @ilaria , it means there is space for cost down.