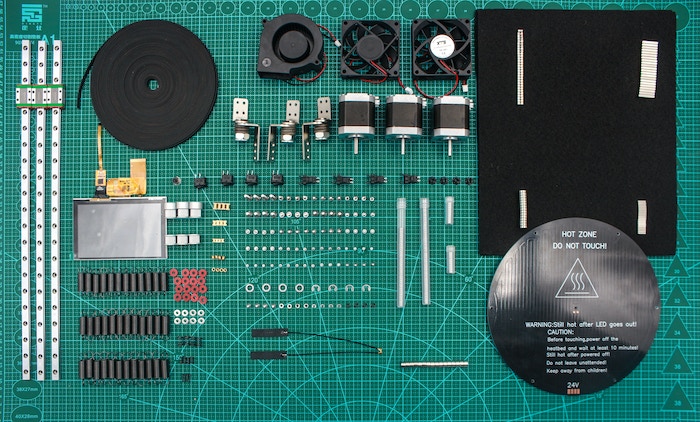 1. Factory A – Produces all the plastic components of the 4 prototypes, including the shell, the transparent PC frame at the bottom, the base, the filament box, etc. 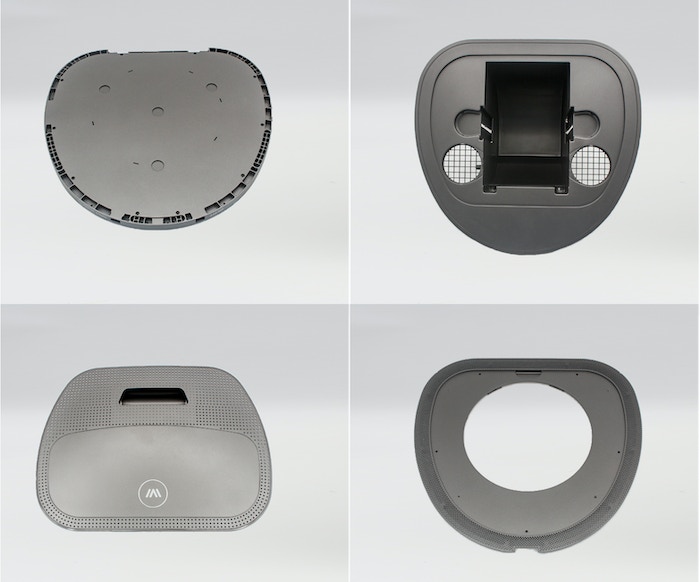 2. Factory B – Produces 2 sets of the components that need to be CNC machined, including the supporting column, timing belt fixture, hexagon print head base, aluminum alloys work table for the CNC module, etc. 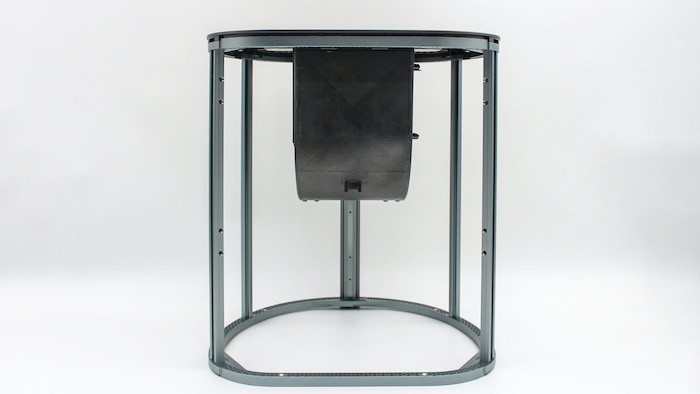 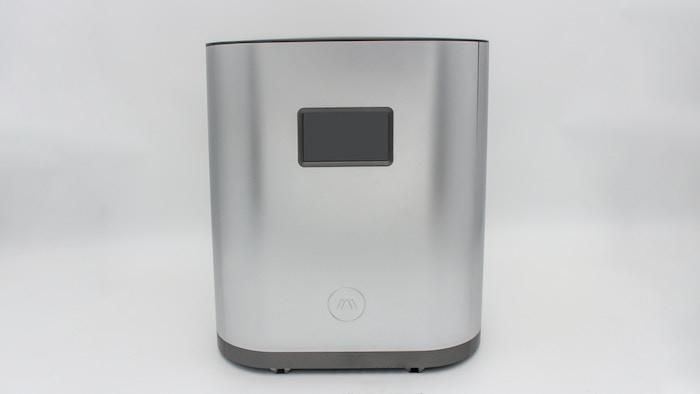 This decision is made after an overall consideration and inspection of each factory’s scale, lead time, price, professionalism, standardization, etc. As of today, we have received 95% of the components from factory B, C, & D, and 1 set of the plastic components from A, except the transparent PC frame at the bottom. All of these components have been verified and passed our first-round test.

The problem we are facing now is that we need another 3 sets of plastic components and 4 pcs of transparent PC base. Factory A did produce most of the plastic components, but they cannot meet our standards and failed our test so we didn’t take those components. After this cooperation, we realized that factory A cannot meet our standards both in terms of yield rate and the degree of cooperation. We found the quality problem about one week ago and asked them to modify accordingly yet they failed and refused to modify again. To avoid the similar problem, we are outsourcing the rest of the 3 sets of plastic components to two different factories, factory E & F. Factory E will produce 1 set and factory F will produce 2 sets. We are expecting to get the rest of the components ready for the 4 prototypes in about 7 to 10 days’ time. In the meantime, we will start assembling the upper parts of the prototype and drafting the assembly process.

When cooperating with factory B, C & D, we also found two major problems.

1. The lead time. Usually, there are 3 days to 1 week’s delay in the promised lead time. If there is any major quality problem or processing mistakes, the delay could be longer. The actual reliability, responsiveness, and punctuality of a supplier can only be verified after we have worked with them. This time, factory B & D have all past our standards and we will continue working with them when producing the 20 units.

2. The yield rate. The yield rate is another key factor when choosing the supplier. In this cooperation, some of the defective components were caused because our instructions or requirements were not clearly expressed to the supplier. Our engineers and purchasing staff will be more careful in the future to avoid similar problems. Some other quality problems were caused by the processing process of the factory. This can be solved by a) choosing the right supplier that has a high standard themselves; b) working closely with the supplier to ensure and improve the yield rate gradually. We will have a more fixed yield rate standard when we start the trial production of the 20 units.

Below is our testing plan for the following month.

1. Testing period: The prototype testing will last for at least 30 days to ensure its comprehensiveness. It will be divided into 4 stages, and every stage will last for about 1 week.

We will prioritize the tests that will influence the dies & molds making and complete these tests first to start the dies & molds creation early. During the test, if there are key components replaced/modified, we will run the same tests for the new components again thus the total testing period will extend as well.

The overall goal of the 1-month testing is to confirm the feasibility of IVI’s structural design, detect the potential risks for mass production, start creating extrusion dies and molds and be ready for the trial production of the 20 units.

After we start the testing, we will have a weekly or biweekly update on the testing and progress, which should start from the second week of Oct. Thank you all for your patience and understanding. Together, we make IVI better.

Great to hear some progress has been made and that your strict QA is picking up the manufacturing defects and issues prior to the 20 production run.

Keep up the good work.

Thank you for your understanding and support. We are so lucky to have you witness and participate in our growth. IVI is on its way with all our efforts together. More pictures and progress will be shared with you soon.

Here are some of our latest progress with the assembly. More photos will be shared once the plastic components are received.

Kindly note that we are having a 7-day holiday from 1 Oct to 7 Oct (Beijing Time) in celebration of the 70th anniversary of the founding of China.

During this time, we will have limited access to our emails and overseas social media accounts. Feel free to leave any questions or comments you might have, we will get back to you once we return.

Nice! I think, posting some pictures of the progress will keep these topics more alive. And does not cost a lot of time I think?

Thanks for the update and have a nice holiday!

Thank you, @Rowdy. Yes, we will post more pictures after the holiday.

I’m impressed with your updates and diligence. I’m so happy that I’ve supported this project. Thank you!

Hello @Helen how was your holiday? We hope it was a good one. I was just wondering about a new update for the month of October. Supper excited for any news on how the 4 new prototypes are working.

Just a question of the ‘Ball Joints’, I see from the photo that you are proposing a metal-on-metal contact for the ball joints! Surely having this kind on joint connection will cause a lot of friction and wear which will eventually lead to flat spots on the ball joint and inevitably to print errors!
Are the 2 metals different or is there some form of lubrication to lesson the friction?

Hi @bluedragons, it was great, thank you for asking. We are preparing to share the update by the end of this week. Two of the prototypes have been assembled, another two are under assembly. We will share the problems we found so far and our test schedule for the coming week. Thank you very much for your patience and understanding.

They are two different types of metal. The ball is made of stainless steel and the bowl is made of aluminum alloy. They use lubricating grease. According to the previous printing test on the original two prototypes, the friction loss of the two is not obvious. We will also arrange a longtime friction test on the new prototypes to ensure print quality.