Team IvI are you still alive?

As we still have no update and we all are quite in a messy situation about it I’ve created now another topic just for the hope that we somehow finally get just a little bit of an information of Team IvI, just a live sign or… The sad truth?

We deserve an update you are already two months late…

Yes please, even if its just still looking for funding, prove you still are trying and havent ditched us all

It’s over bro, just go get yourself an ender pro and start printing so you can forget about this nightmare and move on with life.

Already own 2 other 3D printers, have long before this one even lol. Holding onto the smallest shred of hope for now

They use to reply to beta testers on issues from the batch that went out to the Beta testers. But I’ve raised multiple issues with no replies, nor have I received any replies via direct DM and emails.

Oh That’s very concerning indeed, so they have abandoned us

I have tried so hard to have faith

I hope I’m but my last email attempt asking for the specs on the nozzle head so I can replace it was over a week ago. And my last post in the beta forum with similar question was probably about the same time.

Yes, please give us something! Absolute silence does not bode well. We’re getting pretty nervous.

@Blake I purchased these nozzles and they work fine. 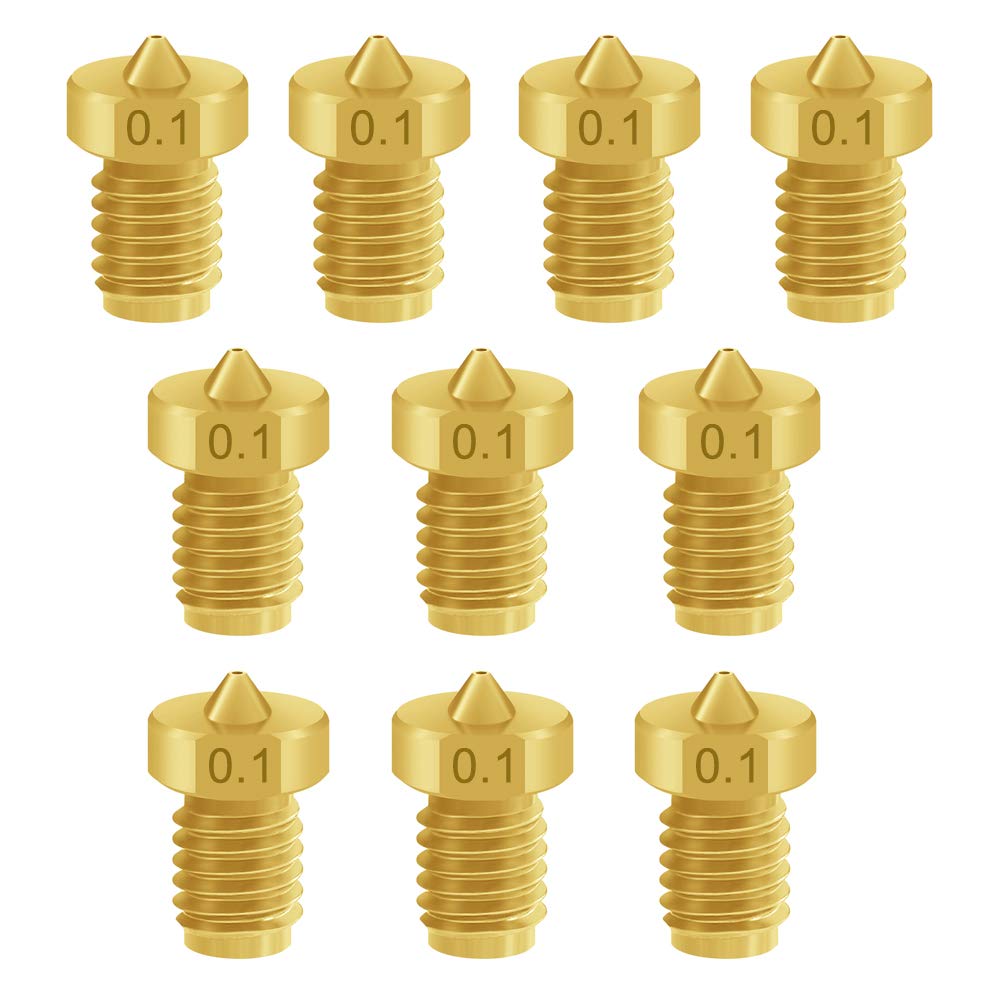 Thanks, after not getting any responses I got 3 different ones to try and that was the one that end up working! Thank you!

I wish someone from IVI would tell us how to change the printer to use different nozzles on the printer!!

Also anyone else having issues with their beta randomly pausing during print (after the update FW)?

NO , don’t get an ender. You will literally have to re-print the entire machine just to get something feasible

Guys do you think that we should create another FB page and invite all of us there then using this platform? It is to keep us inform each other. It looks like this forum and IVI FB page going down anytime… we should report to KS as well

It’s a good idea to start a fb page, just for the early beta adopters. Maybe sharing and software that IVI won’t be providing through their web page or forum. But there really nothing to inform kickstarter about. Kickstart isn’t a store. Anyone donating to a kickstarter should understand they are donating. Not buying.

from kickstarter: " When a project is successfully funded, the creator must complete the project and fulfill each reward"

" If a creator is unable to complete their project and fulfill rewards, they’ve failed to live up to the basic obligations of this agreement. To right this, they must make every reasonable effort to find another way of bringing the project to the best possible conclusion for backers. A creator in this position has only remedied the situation and met their obligations to backers if:

The creator is solely responsible for fulfilling the promises made in their project. If they’re unable to satisfy the terms of this agreement, they may be subject to legal action by backers. "

So no, we are not donating, we are expecting something at the end, and if the creator, i.e. IVI cannot deliver without reasonable excuse they should expect legal action.

Have you contacted Kickstarter and asked them to clrarify whats happened?

At least they could tell us that the project has failed. I know that asian culture is different to the western one, e. g. not loosing your face. But i think what they are doing right now is worse than that. I knew the risks of this investment. For me it is sad that the project failed but i can live with that. So IVI, just be honest to us so most of us can close this chapter and go one.

Besides this kickstarter, I also invested in luckin coffee (look it up using the key word “scandal”). I have really bad luck choosing Chinese companies to invest in…

Yes, please start a page immediately, before IVI deletes these forums. I would not be surprised if their official FB page is also nuked soon.

We need our own FB page ASAP to keep the comm lines open.

I find it interesting that most people commenting on FB do not know about this KS policy, and simply shrug their shoulders and proclaim that there is no recourse and it’s “too-bad so-sad”.

Bring on the lawsuits.